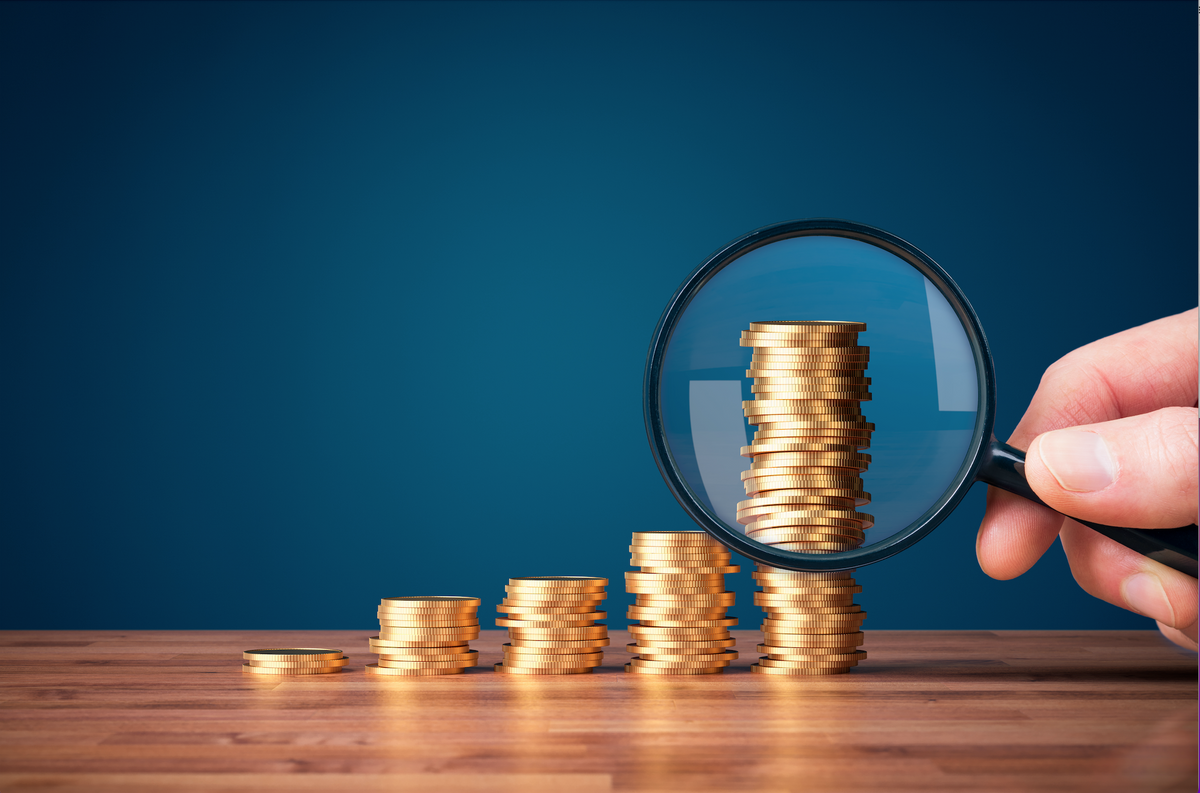 Taxes - What Lessons Do They Teach Us?

How much was your tax refund last year?

Most people remember when they get a tax refund because it makes them happy.

How much did you pay in taxes last year?

Roughly 95% of taxpayers have no idea how much they actually paid. But if they did know, chances are they might not be as happy.

Why do most taxpayers get a tax refund?

Because tax withholding tables withhold more tax than you really need to pay - directly from your paycheck.

This means that you just loaned extra money to the government, interest free, and are happy that they gave it back a year later. The government took extra money from your paycheck, interest-free, and it made you happy.

Shouldn’t that make you mad instead?

Why don’t you know, or seemingly care, how much you pay in taxes?

It’s probably because the government takes it right out of your paycheck before you ever even see the money. Out of sight, out of mind, right? On the other hand, if you wrote an actual check to the government every pay period, you would certainly be more aware of how much you were paying in taxes and might even be making a plan to save more of that money.

Wouldn’t you be happier if you could find a way to pay less in taxes?

What if you could pay less in taxes and get wealthier at the same time too?

What if I told you that you can use the same devious tricks the government uses on you to help you! (And yes, it’s completely legal).

Simple strategies such as an automatic deduction that deposits into your 401k plan at work can put the money directly into your hands- and not the governments- so that you don’t even know the money is gone.

Let’s explore more ways to use the complicated system of taxes to benefit you, rather than hurt you, by looking at how taxes break down for the average working person who is working for an employer.

First, let’s understand how bad taxes are for you.

Whoops - did I forget Social Security and Medicare??

But your employer pays that much for you as well!

I know that’s a lot to take in. Let’s break this down further by following an average employee through his lifetime, along with his wife, and see how they manage their tax burden all the way through their retirement.

Here’s how taxes affect you through your lifetime:

Let’s look at my fictional friend Harold Jones, a taxpayer just like you!  Let’s see how taxes affect him through his lifetime.

Harold is in his 40’s, works long hours, is well educated, has a high level job as an engineer for a large tech firm, earning $120,000 per year.

Harold  lives in Oregon with his wife MaryAnne, who stays home with their two school aged kids. They are trying to save for a down payment in order to buy a home for their  family, and a vacation in Hawaii. Harold  is currently spending all his take-home income with very little left for savings.

Like most of us, Harold is just doing his best to navigate life and taxes to the best of his abilities. Most folks will not give him- or you-  specific tax advice in writing, because the tax system is so damn complicated. Harold’s accountant might give him advice, but as an engineer, he is comfortable using the online, self managed tax software instead.  His financial advisor will talk him through his tax options, but won’t give blanket advice to all her clients.

(Disclaimer: The decisions we talk through below are not advice - they are an attempt to let you know what you are up against, and to recommend you get someone trustworthy in your life that will talk through these very complicated options with you, whether it is your tax accountant, your financial advisor, or your Uncle Harry…)

From a very simple, on-line tax estimator, we find this scenario for Harold:

MaryAnne is thinking about getting a job where she can earn $60,000 part-time while the kids are in school. Their earnings and take-home income will certainly grow, and perhaps they can afford the down payment for the home they have been dreaming of.

MaryAnne is able to acquire her new job, so with her income their combined  tax situation is now the following in 2022:

What can employees do to make the tax bite less?

One of many strategies is to 'max out' the contribution from each of them to their companies’ 401k.

Their taxes decreased because the contributions were deductible!

Here’s how that would have played out:

The good news is their net worth increased by $41,000 and they paid $12,003 less in taxes. Better news - their employers may have matched a portion of their contribution - increasing their wealth even more… tax free … federal, state and even FICA too!

Bad news - their annual take home income was reduced by $27,440 because of the contribution, less the tax savings.

Is this a gross oversimplification?  Certainly - there are positives and negatives to this strategy that you need to study. The numbers above are close,  but certainly not exact - due to the deductions, credits and variations in each person’s tax return.

I expect that Harold and MaryAnne were pleased to move forward with the strategy.

Our fictional taxpayer friends Harold and MaryAnne have made it into the future and are now in their 60’s. Harold is a consultant, earning $350,000, and wants to save as much as possible for retirement.  They have good equity in their home, and they can live on a lot less than $350,000. MaryAnne is not working, except for fawning over her new grandkids!

They have moved to California and their taxes now are the following:

What is ’self employment tax'?  Remember, your employer pays significant FICA tax for you. Which means that Harold is now both employer and employee, so he pays double.

Suddenly, Harold brings on a new account that will increase his income each year by another $150,000. He decides to hire MaryAnn and pay her that amount to help him.

Their tax situation is now the following:

How can self-employed individuals make the tax bite less?

They can certainly ‘max out’ their 401k accounts, and because they are over 50, they can each defer $27,000 into their 401k plan. However, because they are self employed, they can instead each have nearly $61,000 contributed to a “SEP '' plan for each of them for the year.  The ’Simplified Employee Pension Plan’ can be funded by their company, with all contributions avoiding federal, state, and FICA taxes on Harold and MaryAnne. The SEP, designed correctly, can save much of the new taxes due on MaryAnne’s new income.

Finally, they can also create their own Defined Benefit pension plan, and contribute even more.

The options for the self-employed to avoid some taxes are many, but structuring these plans correctly is critical.  Missteps can cause penalties and interest on tax audits, one reason the IRS wants to hire 80,000 new auditors and realize more income.

Harold and MaryAnne are now in their 70’s.

Both retired now, these two decide to live in Texas. After living in two of the highest income tax states in the nation - California and Oregon - they decide to simplify their tax situation and live in one of nine states that do not have an income tax.

Even with that cost-lowering move, their taxes are even more complicated, and their goals have changed.

Health care is now less expensive. Medicare costs just over $170 per month for the health insurance for each of them.  They might pay about $50 extra each to get a ’supplemental policy’, but the real cost is the tax if they earn 'too much money'.  If Harold and MaryAnne have Adjustable Gross Income of $182,000 or more, they may have to pay up to $578 per month for Medicare each, which means their costs just tripled.

They also have just learned what the letters ‘RMD’ mean.  At age 72, both Harold and MaryAnne have a ‘Required Minimum Distribution’ out of their IRA, 401k or similar deferred tax account.  The amount they must withdraw starts at under 4% of their account balance, and increases each year.  The RMD creates a tax problem, as every dollar they take out will be taxed, and might push them into a new tax bracket or over the income limit for Medicare, for instance.  Roth IRA’s are excluded from the RMD, unless they are inherited.

They want to leave money for their two kids, who now have kids of their own.  The federal government currently excludes any estate below $20 million from paying federal estate taxes, but seventeen states tax estate transfers of $1 million to $6 million.

If they leave significant IRA assets to their kids, the kids must take RMD’s annually, and must take all the money out (and pay the taxes on it) within ten years.  Imagine the tax impact on their kids if they had to take all the funds out of a $1 million inheritance within ten years.  It may be smart for Harold and MaryAnne to move funds out of the IRA early, pay some taxes on those funds, and create a separate asset for the kids that does not have distribution rules controlled by the IRS.

The couple wants to leave some assets to charity, as well as to contribute to the charity in their lifetime.  A Donor Advised Fund or a Charitable Remainder Trust will allow a tax deduction now for a future gift, and may even provide income for retirement.

If either Harold or MaryAnne needs Long Term Care in their later years, they will have to fund the costs out of their savings, unless they have planned ahead and bought LTC insurance.  They will not receive government help with costs from Medicaid until they have spent nearly all their net worth.

You know what they say: Two things are certain in life…

Taxes will take an increasing bite out of your take-home income throughout your lifetime, especially as your income rises.  As we saw, the taxes on new income can be as high as 57.5%, and we have not included any local or regional tax rates.

Taxes are somewhat voluntary, however, and if you choose to save in a tax-deductible account - you can avoid current taxes, but may pay more as you withdraw the funds in the future.  We have not explored taxes on capital gains - the sale of investment property, or the sale of appreciated stocks - but they can throw you into a tax bracket that might discourage you from selling the asset and using that money in your lifetime.

Tax rates are threatening to go up, and would take a bigger and bigger bite out of your ability to save if they indeed do go up.  With all of this uncertainty, what we do know is that now is time to assess your day-to-day needs, understand your shifting lifetime goals, and figure out how to avoid some taxes by saving, and planning ahead. As always, we are standing by ready to help you live a full and exciting life, just like our friends Harold and MaryAnne, while navigating the tax maze.